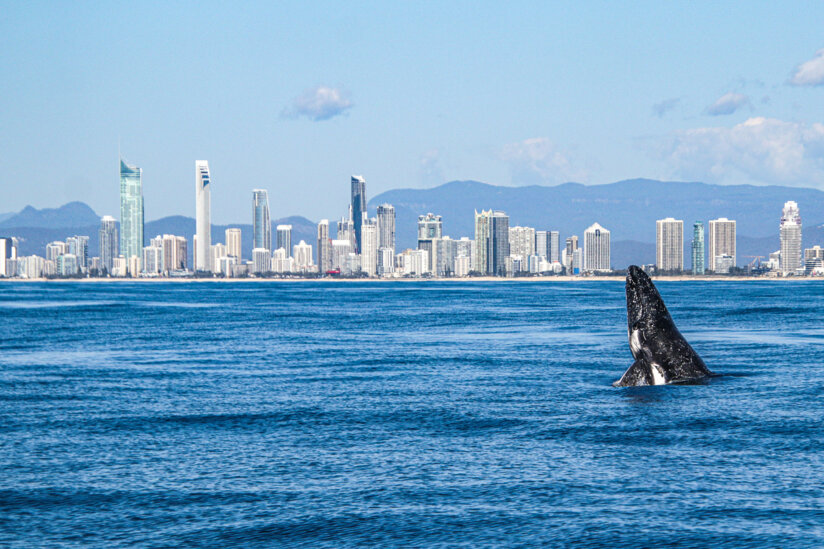 Day in the life of a whale: Exploring whale behaviours

Day in the life of a whale: Exploring whale behaviours

Whales are known to be quite active in the water and display an array of amazing surfacing behaviours. Scientists are still debating on the reasons for some of these remarkable behaviours, but some theories have more evidence than others. Many scientists believe that certain behaviours help the whales determine their position in relation to land, or allow them to communicate with other whales. Fin slapping is thought to be a warning of danger nearby. And a theory as to why whales launch themselves out of the water and fall back with a giant splash – to rid themselves of skin parasites! But who knows, they may just be having some fun.

For us humans, the most spectacular of all the whale behaviours is breaching. Breaching is a form of surfacing behaviour whereby most or all of the whale’s body leaves the water in a dramatic jump. Many species of whale do this, but some, such as the humpbacks we often see on Whales In Paradise, seem to breach more frequently. While no one knows why they do this for sure, it could be to communicate, to attract other whales, or to warn off other males. 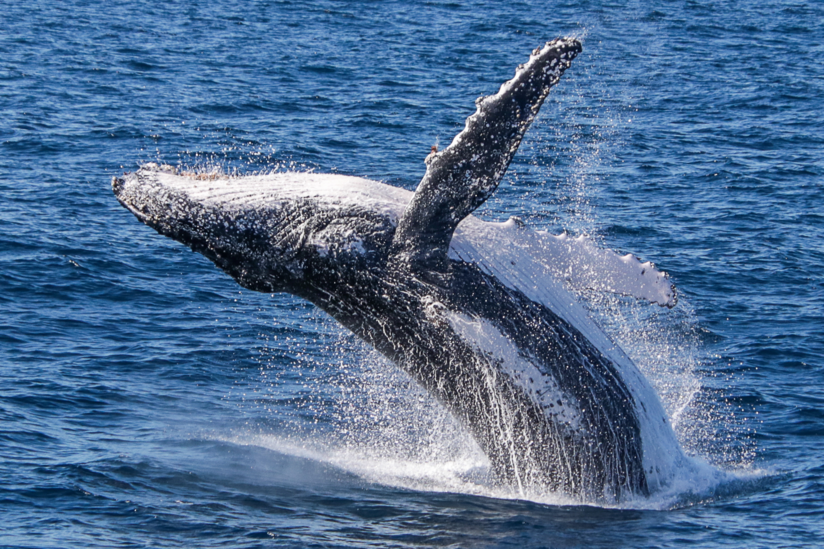 Like humans, whales are mammals. This means they have to breathe. However, as marine animals, whales are conscious breathers and have to actively decide when to breathe. This is unlike us, because we breathe automatically and effortlessly. Whales breathe through the blowholes located on the tops of their heads, and cannot breathe through their mouths. The friendly humpback whales we often see on our whale watch tours have two blowholes in which they exhale with huge force! 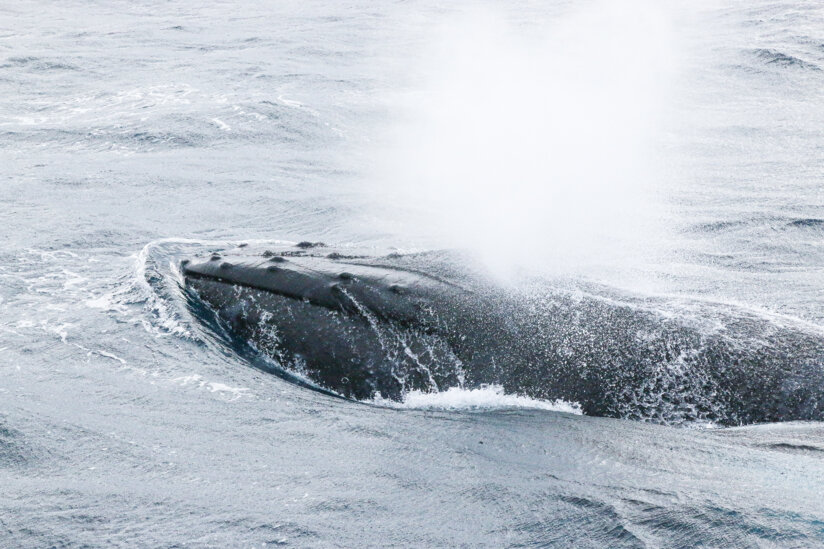 Lobtailing involves the whale lifting its tail flukes out of the water before slapping them onto the water’s surface, generating a loud sound. To do this, the whale usually hangs vertically in the water with just its tail above the surface. It then uses the muscles in its tail to slap the water. This may be to communicate with nearby whales or as some kind of defence mechanism. Likewise, whales may also slap their flippers hard against the water. This could be a sign of aggression in attempts to scare fish. 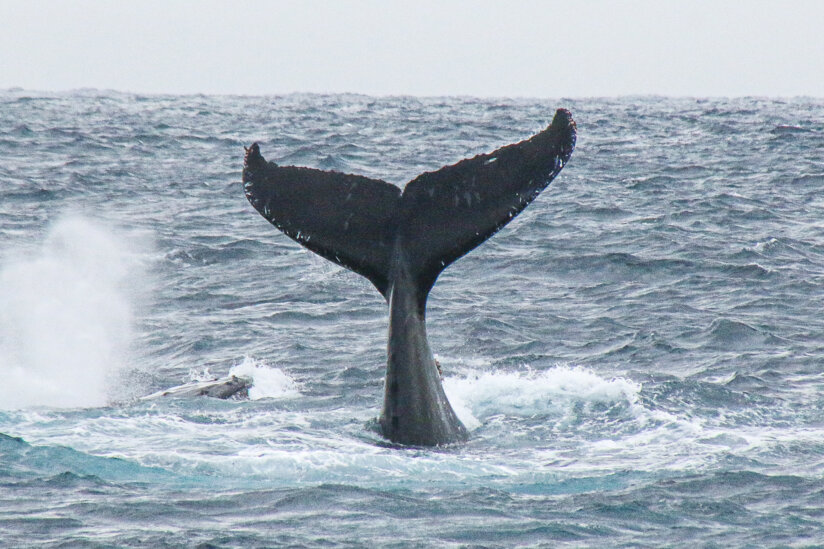 When a whale wishes to see something above the water’s surface, it can lift its head and part of its chest vertically out of the water. Doing so means their eyes are just above the water line. This is called spyhopping. Get it – “spy” and “hopping” (haha!). Whales are known to be naturally curious creatures. Who knows… Maybe they like to watch us just as much as we like to watch them. 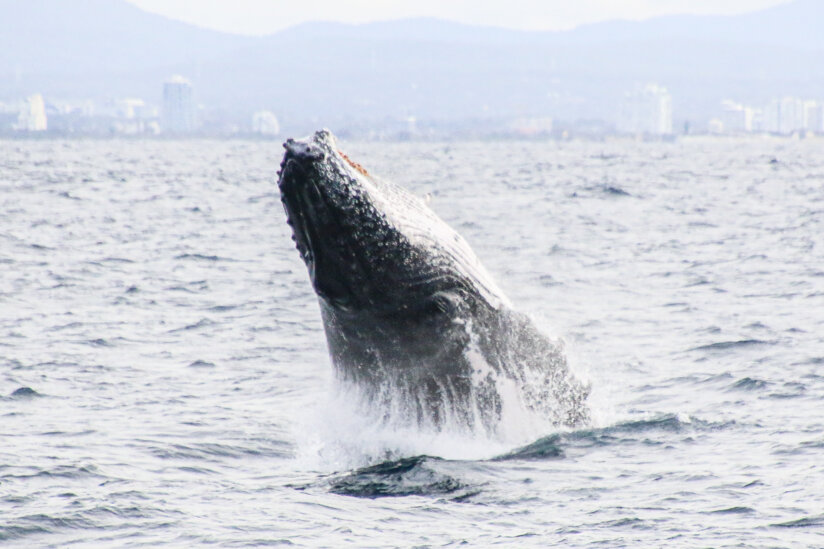 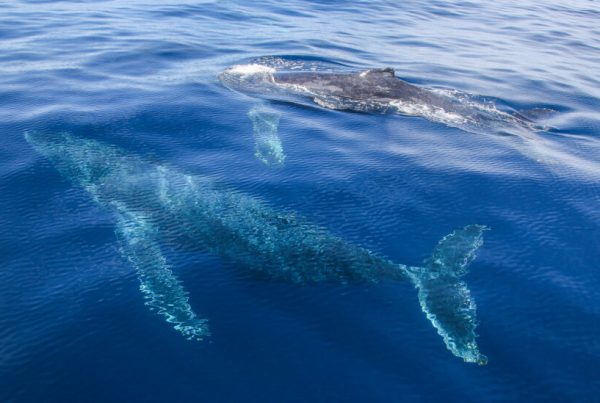 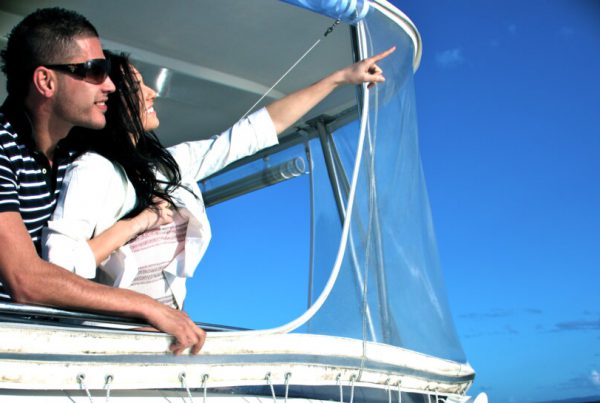 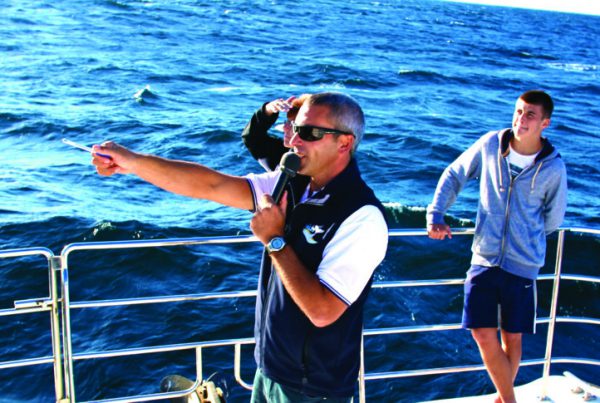